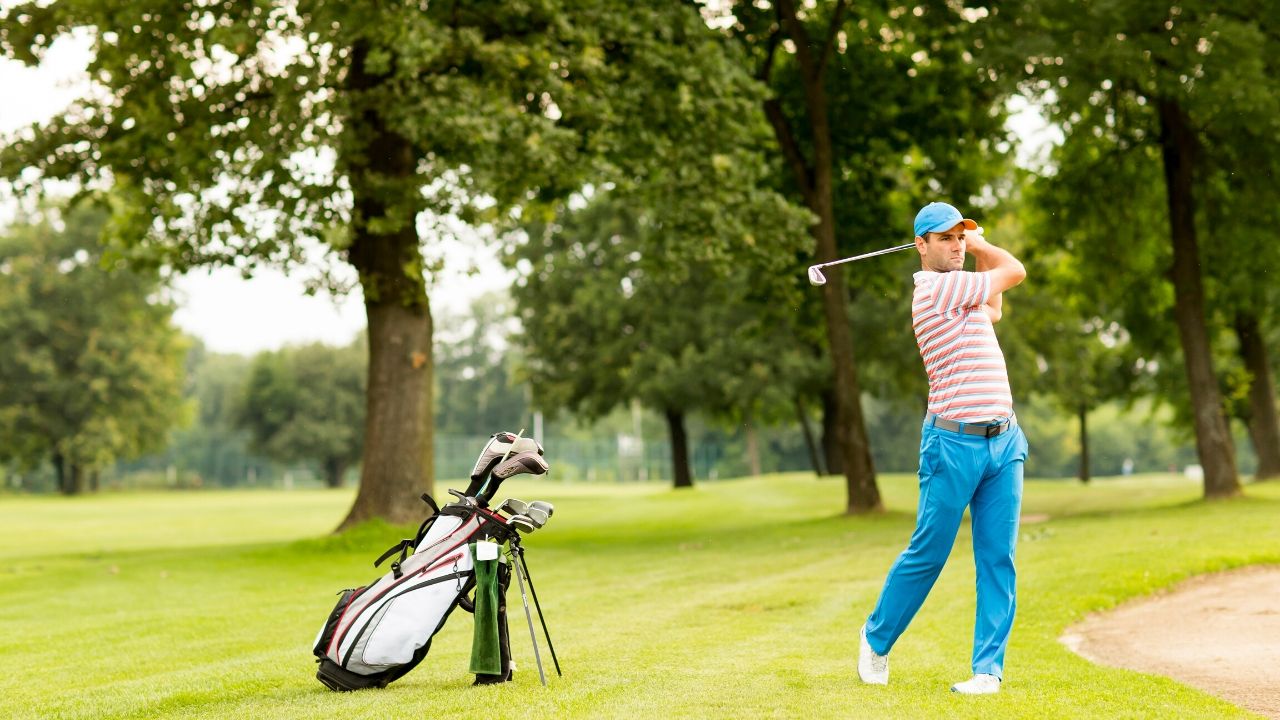 Loyal (Bud) Chapman, the artist behind a series of fantasy golf holes tickling the utmost borders of imagination, died on Thursday of a heart attack in Minnesota, the Minnesota Star Tribune first reported. He was 97.

Chapman is best known for creating the “Infamous Golf Holes,” a series of outlandish golf holes inspired by exotic locales such as the Grand Canyon, Lake Superior and Africa’s Victoria Falls.

Chapman was a commercial artist by trade and didn’t begin painting his elaborate golf holes until his 50s. Bankrupt after unsuccessfully searching for gold one day in the New Mexico mountains, Chapman recounted how the idea for the series struck him like a thunderbolt.

“Why not paint 18 of the greatest golf holes that nobody can conceive and paint them so real that nobody will even know if they’re real or not?” he once told the Minnesota Star Tribune.

In 1975, the first four paintings appeared in Golf Digest, who agreed to give him a free ad in exchange for the rights to publish his artwork. Prints of his paintings appeared everywhere from the most exclusive country club locker rooms and were reproduced on everything from calendars to video games and jigsaw puzzles.

Chapman, a member at both Minneapolis Golf Club and Hazeltine National, started in the game as a 12-year-old caddie at Interlachen Country Club in Edina, and often caddied for LPGA Hall of Famer Patty Berg, who paid him 75 cents a loop plus a dime tip. He became an accomplished golfer and was named the Minnesota golfer of the year in three decades. He competed in the U.S. Amateur and U.S. Senior Open, leading the latter through 15 holes in 1983.

Chapman first broke his age at 68, and once bettered it by 21 strokes, shooting a 71 at 92. He is believed to have broken his age nearly 4,000 times. Chapman was elected to the Minnesota Golf Hall of Fame in 1994, and appeared on the April 29, 2006 cover of Golfweek as one of its “Local Legends.” But his contribution to the game will be best remembered for his imaginative flair.

“Bud’s innovative thinking influenced many designers to make the contours a little steeper and bunkers a little deeper and generally to think outside the box with new designs, and, in a way, Bud made a great contribution to the game,” late golf course architect Pete Dye one said.

Did you miss our previous article…
https://news-golf.com/pga/pga-tour-approves-policy-to-assure-full-field-at-wgc-fedex-st-jude-invitational/