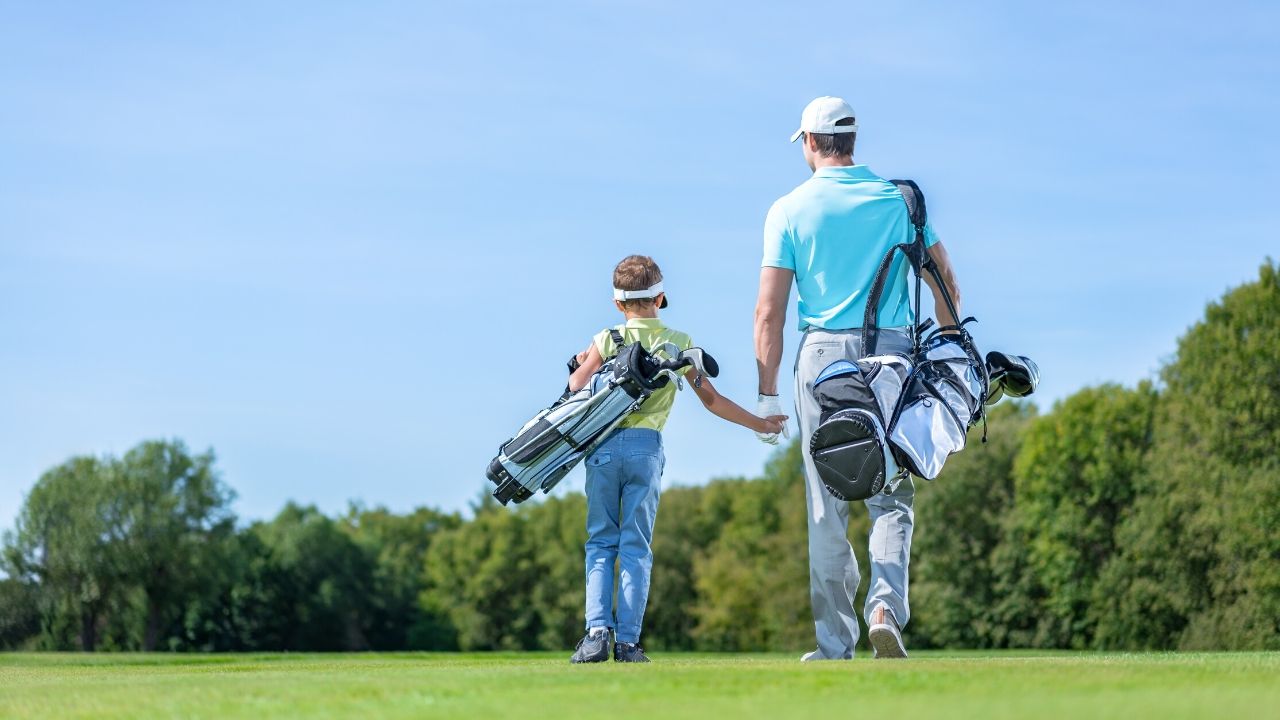 Mike Anderson is 50 years old, just days from turning 51, and he figures to one day reflect on his recent win over the field of age 25-plus golfers in the Golf Association of Michigan Mid-Amateur Championship at Boyne Highlands Resort. He’ll consider it a highlight of his golfing career.

“Just because of my age, this one is a lot more satisfying,” the Northville resident and Saginaw native said.

“I won college events and I hardly remember them. My last win was a mini-tour event somewhere when I was a professional. Those were the days when I was kind of arrogant and stupid enough to think I should win all the time. Now I realize just how difficult it is to win anything.”

Anderson has gained experience and perspective in his golf and professional life. He is the son of longtime Saginaw Country Club PGA professional Max Anderson, a former Michigan State University golfer, a former PGA professional and mini-tour professional for eight years, a four-time PGA Tour Qualifying School participant, a reinstated amateur and now a high school golf coach at Detroit Catholic Central and managing director of investments for Stifel Nicolaus Company with an office in Southfield.

The 1986 Michigan Junior State Amateur Champion also hits a lot of fairways and has a great short game.

“I stopped playing competitive golf for several years and it is one of the few regrets in my life,” he said. “I did it to build my business following my professional golf career. I started playing again about five, maybe six years ago in GAM tournaments and a few USGA tournaments and I enjoyed it.

“What I had really missed, and I didn’t realize how much I missed it, was the competition, the part where you get in contention and then what do you do when you get there. It’s been fun finding that again, and to be able to play in GAM tournaments with guys I’ve competed with for years, and in things like the Mid-Am against people younger than I am and to play well is pretty cool.”

He shot a cool 71 on the Moor course in the final round at Boyne Highlands to win the celebrated Glenn H. Johnson Trophy and the 38th GAM Mid-Amateur title by three shots with a 140 two-day total (3-under 69 on the Hills course day one).

“I’ve been playing steady all summer, but (that) week was interesting,” he said. “The conditions were not that great with steady winds and sometimes gusting winds. I was chipping and putting well all week and in those conditions and on those courses it was hard to hit greens and get the ball close to pins. I was missing in the right spots and I was able to get up and down. I can also hit the ball low when I need to and I was able to hit a lot of low trajectory shots and stay out of trouble.”

Anderson considers course management a strength of his game, and he credits running the golf program at Catholic Central for 12 years as