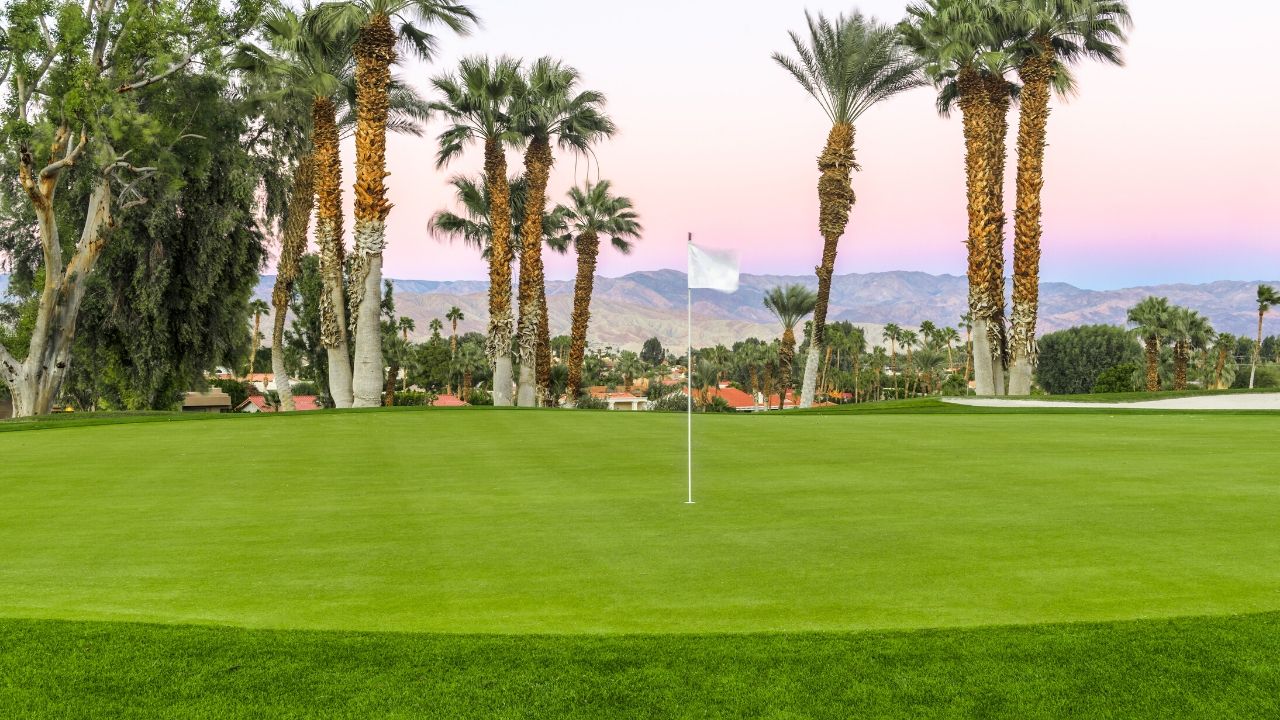 NAPA, Calif. – James Hahn has a secret advantage at this week’s Safeway Open. He’s sleeping at his childhood home in Alameda, a suburb of Oakland, where his parents moved to from South Korea when he was 2 years old.

“Bought it for dirt cheap and it’s worth a lot more now,” he said. “But it’s good because I have my family there and the last thing I want to do is be alone in a hotel room having a million thoughts go through my mind and try to play out all the scenarios. It’s easier just to watch – what were we watching the other day? – some Peppa Pig with my daughter. You know, most guys don’t have that luxury of watching Peppa Pig, but I do.”

Hahn, 38, has been making the hour-long drive to Silverado Resort and Spa and he’ll have a late tee time on Sunday after shooting a bogey-free 6-under 66 on the North Course to share the 54-hole lead with Cameron Percy and Brian Stuard at 16-under 200.

Hahn’s father leased the driving range at Galbraith Golf Course from the city of Oakland – the facility later was renovated by Johnny Miller and re-named Metropolitan Golf Links – and it’s where Hahn took up the game at age 4 and developed his homespun swing through trial and error.

Hahn played his college golf at Cal-Berkeley but despite enjoying the Northern California hospitality, the Safeway Open has never been good to him: He missed the 54-hole cut last year, the 36-hole cut twice, making a T-41 in 2015 his best result in four previous starts.

“My wife said a couple weeks ago, ‘Why do you go to Silverado?’ I go, ‘Why not? I go see my family, it’s a great golf tournament, love supporting the local events.’ She said, ‘You never played well there, why would you want to play there?’ ” Hahn recounted. “It might have a little to do with low expectations and coming out here and finally seeing the breaks and seeing the putts go in. I think that has a lot to do with it.”

It didn’t hurt that Hahn made three of his five birdies on the par-3s during the third round.

Hahn has won twice previously on Tour, most recently at the 2016 Wells Fargo Championship. He’s playing this week on a major-medical exemption after being sidelined for eight months in 2019 with an elbow injury. Hahn has 14 starts remaining to retain his playing privileges, which could create added pressure, but doesn’t seem to be bothering Hahn one bit.

“It’s the same as trying to win a golf tournament, I can tell you that, because you’ve heard it before, winning takes care of itself. It takes care of a lot of problems,” he said. “You know, the medical is just something in the back of my mind, to be honest with you. I come out every week trying to win a