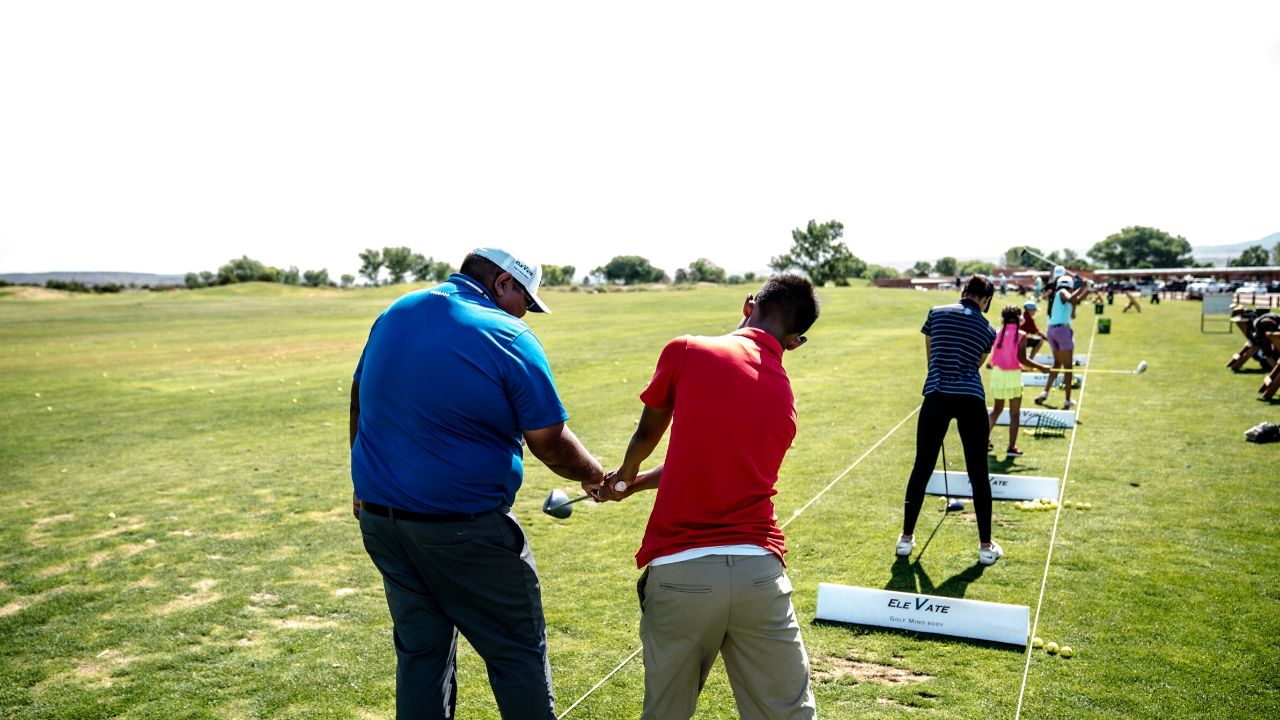 Tampa Palms Country Club in Tampa, Florida is playing host to some of the best amateur senior players in the world this week. With four age groups teeing it up to kick off the Golfweek Player of the Year race, 18 holes separate four players from 1,000 points which will give them quite a head start over their peers vying for Player of the Year honors.

In the senior division, first-round co-leader Rusty Strawn stumbled down the back nine which included an 8 on the par-4 16th to go from the solo lead to a tie for seventh place. Rising from the pack today was Atlanta’s Billy Mitchell.

“ made birdie on 1 which is kind of a hole that doesn’t fit my eye,” Mitchell told Golfweek after his round. “It’s a hard driving hole to start out on.”

The birdie kick started a fantastic front nine for Mitchell who went out in 32 at four under par.

It wasn’t until the par-3 13th, where Mitchell missed his lone green of the day, where he also made his lone bogey of the round.

“I kind of got confused with the wind, hit in the bunker, short sided myself and made bogey,” Mitchell said. “I guessed right more often than I didn’t. Probably the most solid round I played in a while.”

Mitchell leads by three shots over round one co-leader Miles McConnell, who is even for the tournament. Three more golfers are within seven shots of Mitchell who tees off at 11:50 a.m. ET in the final round.

Day 1 Super Senior leader Steve Humphrey was disqualified after signing an incorrect scorecard, opening the door for Georgia’s Mark Benefield. Improving on his opening round of 78 with a 2-over 74, good for a three shot lead over Duke Delcher. Four more golfers trail by seven shots or less heading into Tuesday’s final round.

Pete Allen maintained his four stroke lead in the Legends flight. The North Carolinian went 73-77 for a 6-over total with 18 holes separating him from claiming the Player of the Year Classic. Don Marsh leads the pack that will be on the hunt to chase Allen down.

Super Legend Dennis Adkins slid past 2021 Player of the Year Walt Martin and round 1 leader Jim Pfrogner for a two shot lead heading into the final round. Adkins’ 1-over 73 is the lowest score of the tournament out of the Super Legends division so far. He will look to hold off Martin and Pfrogner as well as G.M. Bingman who trails by six.

Did you miss our previous article…
https://news-golf.com/pga/mytaylormade-aspires-to-be-at-the-heart-of-your-golf-experience/