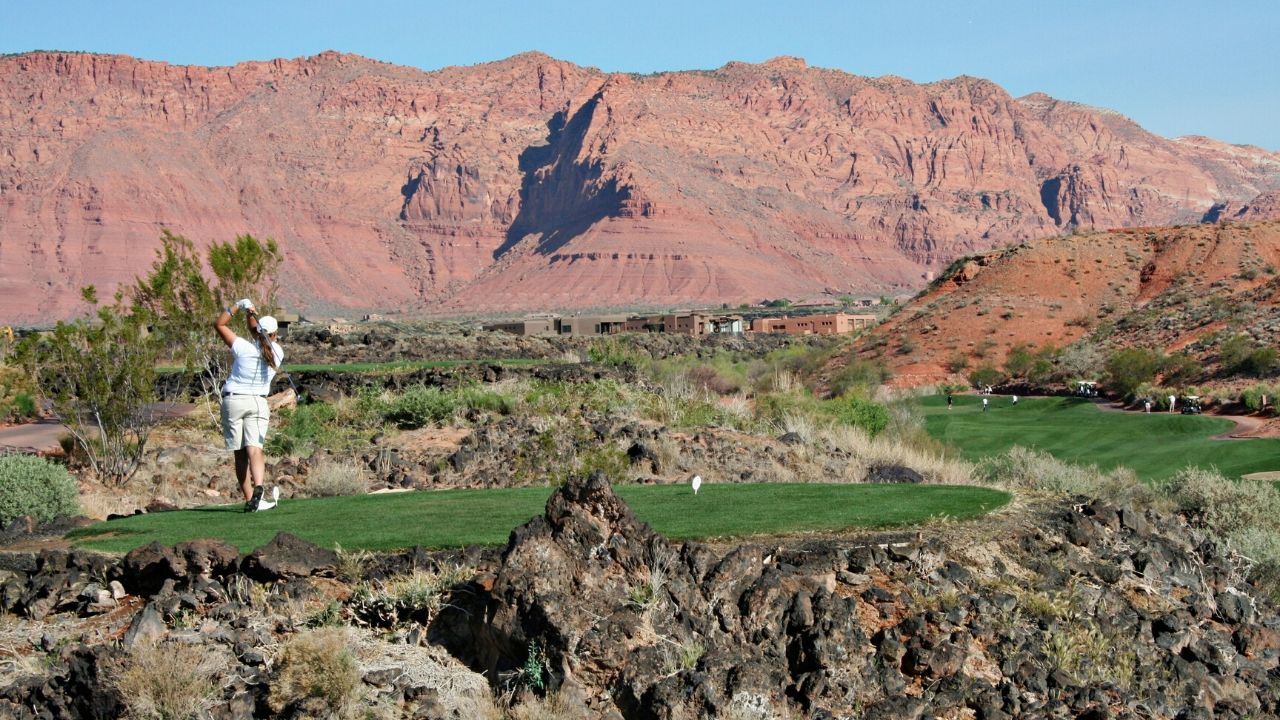 SCOTTSDALE, Ariz. –– The boisterous 16th hole of the WM Phoenix Open was buzzing from the second the first fans caught their breath in the general admission seating after sprinting through the tournament gates.

Collective shouts of “Stick it in” rumbled across the grandstands as a member of the grounds crew cut the hole for the day, cans littering the green as they were tossed in excitement.

Reprimands from police officers staffed at the 16th hole warned the fans of potential arrests or removal from the area for throwing trash, and out of fear of losing a prized spot Sunday, fans took a step back.

But despite the warnings, beer showers still eventually covered the grass as two hole-in-ones were sunk within 24 hours by Sam Ryder and Carlos Ortiz, mirroring the scene 25 years ago when Tiger Woods aced the hole and inspired the insanity that created “The Hole That Tiger Built.”

Donning University of Minnesota gear, 22-year tournament-goer Michael Leonard and his pals sat in the box nearest to the 16th tee, consulting his laminated “Leonard’s List” containing decades of information. Shouts of “Go Scrips Ranch Falcons” and “How’s your wife Maya?” followed by chuckles and beer sips echo towards Xander Schauffele as they wait for a potential grin to creep across the pro’s face.

“We research these guys and find their small colleges, high schools or even their girlfriends’ names and just try to get a reaction out of them,” Leonard said. “So that was kind of how it started in 2003 or 2004, and that list is going to be here next year, too. It’ll be updated and it’ll be ready.”

Mostly good, but a bit of bad

While great times are seemingly had by all who are lucky enough to get a seat, the 16th does also have its downside, which is often overlooked. Numerous arrests, heat stroke victims and cases of extreme intoxication are not unusual for the first responders scattered throughout the TPC Scottsdale course.

According to officials from the Scottsdale Fire Department, the tournament was estimated to have an attendance on Saturday of around 250,000 fans, rivaling the population of the City of Scottsdale itself. On Saturday alone, first responders treated 25 individuals for intoxication and received 54 calls for other incidents at the course.

“We’ve got two walking teams, a bike team and a cart team that surround the 16th alone, just to take care of people at that hole,” said Scottsdale Fire public information officer Dave Folio. “We have two calls heading there right now as we speak, for a fall injury and a heat injury.”

One of the most common occurrences requiring medical attention? Requests for band-aids.

“You see a lot of ladies walking in the high heels,” Folio said. “I did a PSA at the beginning of the week saying not to do that because they were going to end up carrying them within 15 minutes. But you still see the people that just want to party it up and they don’t realize