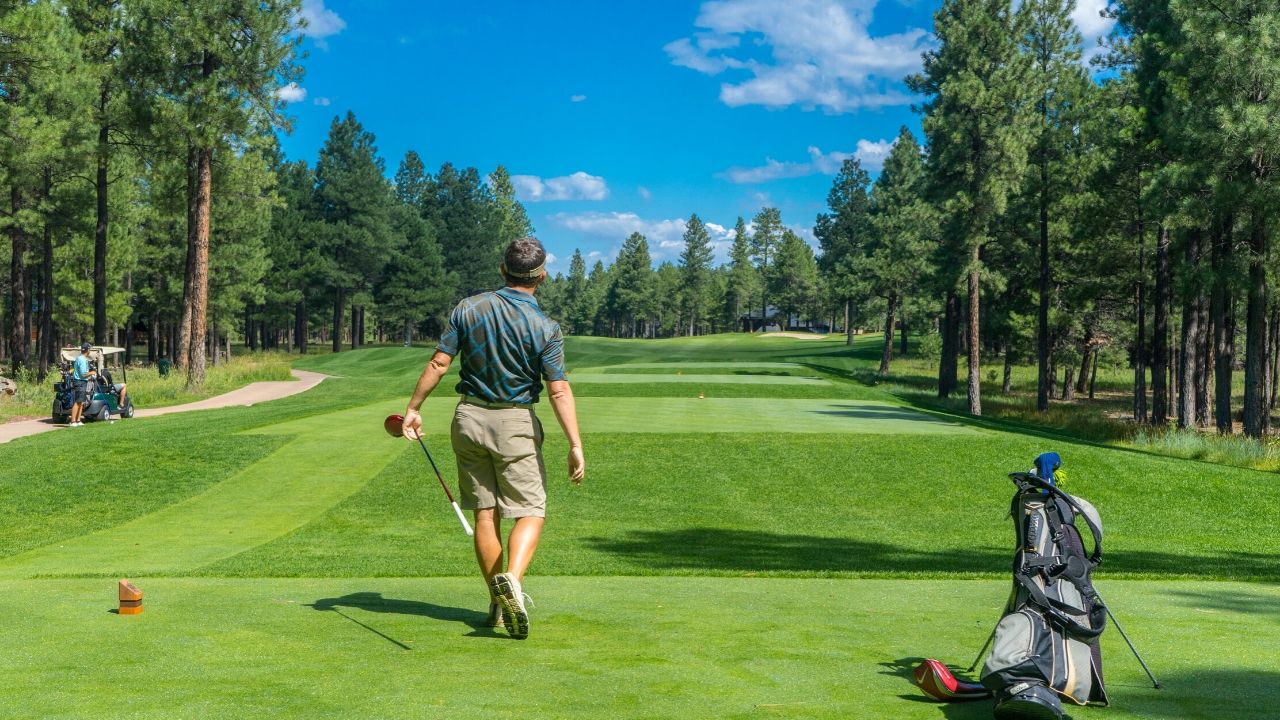 LA QUINTA, Cali — There has been a lot of talk this week about the loaded field at the American Express including eight of the top 14 players in the current Official World Golf Ranking.

Most of those eight players are household names to casual golf fans: Jon Rahm, Scottie Scheffler, Patrick Cantlay, Tony Finau and Xander Schauffele to name a few. And then there is Sam Burns. The American who has risen as high as No. 9 in the world, currently sits at No. 13. He’s one spot behind Finau and two spots ahead of Jordan Spieth.

Burns is at it again this weekend at the American Express. The 26-year-old from Louisiana shot an 8-under 64 on Saturday on the Nicklaus Tournament Course and is at 18-under overall, tied for fifth, five strokes behind co-leaders Jon Rahm and Davis Thompson.

A win Sunday would be his fifth PGA Tour victory in the last two years, and would be another statement as to why golf fans should know his name.

“Pretty solid day overall, can’t complain,” said Burns, looking at a leader board with Jon Rahm still on top. “Jon (Rahm) is obviously playing some really good golf, so going to need something special tomorrow but overall a solid day.”

It’s one of many solid days Burns has had on the PGA Tour in the last year and a half. He won the 2021 Valspar Championship, the 2021 Sanderson Farms Championship, repeated as Valspar champion in 2022 and won the Charles Schwab Challenge in 2022.

One of the main reasons the general golf public doesn’t know Burns yet is that he hasn’t performed well on the biggest stage — the four majors.

His best finish in a major is a tie for 20th at last year’s PGA Championship. He missed the cut at the Masters, finished tied for 27th at the U.S. Open and tied for 42nd at the British Open.

But Burns isn’t focused on climbing the golf rankings, or even becoming a more well-known commodity. He’s singularly focused on golf and improving.

“I don’t pay a whole lot of attention to that stuff,” he said. “Every week I’m just trying to find areas to improve and kind of gain and build throughout the year.”

Burns will tee off at the Stadium Course at PGA West on Sunday with a five-stroke deficit. Can he make that up?

“For me, I can’t control what Jon or any of the other guys do. Just trying to put a solid round together and hopefully make a ton of birdies.”

Shad Powers is a columnist for The Desert Sun. Reach him at shad.powers@desertsun.com.