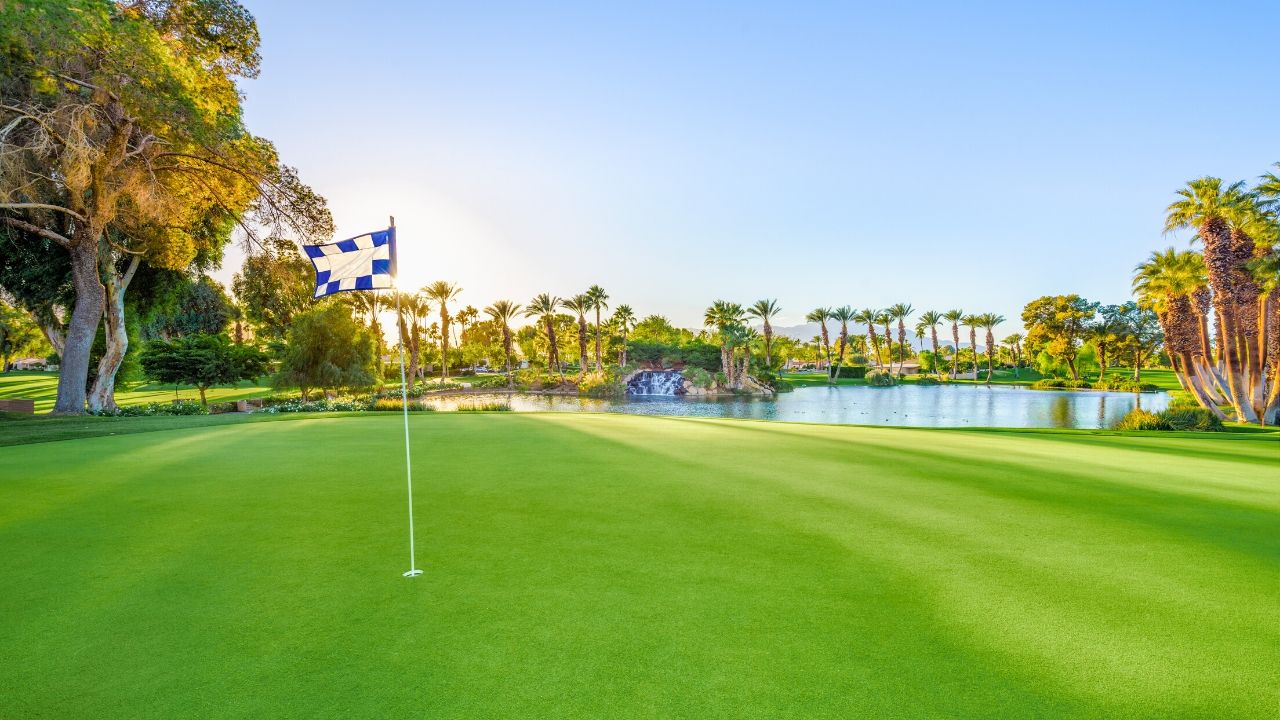 Just when we thought it had gone away, the Premier Golf League (PGL) has made a comeback in the golf headlines in recent weeks.

For anyone unfamiliar with the proposal, it is essentially a breakaway competition for the elite players in the men’s game, featuring 12 franchises of four players each, competing for large purses across 18 events worldwide. Despite Rory McIlroy, Brooks Koepka and Jon Rahm all coming out in opposition to the idea earlier in the year, the people behind the PGL, New York-based Raine Group, have not given up, reportedly sending out offer letters to a number of the game’s top stars to try to convince them to sign up to the new initiative.

This is not primarily an article about the PGL. Personally, I’m fairly agnostic about the idea. I like the team franchise element to the proposal, and clearly, having the world’s best players competing against each other on a more regular basis would in theory generate greater interest for golf fans – especially of the more casual variety – outside the four majors. However, there are still, to my mind, a lot of unanswered questions about the source of the PGL’s funding, and how the 48 lucky individuals would gain and retain entry while still providing opportunities for up-and-coming players (and disposing with those who are no longer cutting it). In short, I’m skeptical about whether it is a sustainable model for professional golf in the long-term.

No, my focus here is on whether some of the benefits of the PGL can be obtained with some bold thinking from the PGA and European Tours, while simultaneously neutralizing the “threat” from the PGL, and securing the financial stability of the game in the face of the coronavirus crisis.

The timing of the pandemic has thrown a curious curve ball into the PGL debate. Before the arrival of the virus, it would have been a way for already well-remunerated players to make even more money, but the existing tours may have felt reasonably confident that they could see off the interloper, especially after the pronouncements from Rory and company. But with the pandemic currently wreaking havoc on both the global economy (read: sponsors) and golf’s ability to generate revenue through entry tickets, hospitality and pro-ams, the golfing establishment has never seemed to be in such a weak position. Assuming the PGL’s backers really do have sufficiently deep pockets to weather the current storm, it appears that the balance of power may have shifted significantly in recent months.

For the time being, golf’s potentially precarious financial situation is more noticeable on the Eastern side of the Atlantic. While the PGA Tour has been able to maintain its pre-virus purses since the restart, the European Tour has appeared to be a poorer relation than ever before. The tournaments currently being played in the UK carry purses of only €1 million each ($1.17 million), compared to $6 million and above on the PGA Tour. The delayed Ryder Cup – a particularly important money-spinner for the European Tour which reportedly generated around a £20 million ($26 million) profit in 2018 – will not have helped the balance sheets, either.

So, could the PGA and European Tours work together to create a World Tour? The idea has been around for years, but so far the incentives have never been sufficient to convince both sides to make a deal. Now, that calculation may have changed.

As Rory McIlroy noted in an interview back in 2017, it makes little sense to have rival tours competing against each other each week for the best players and sponsors, especially in a sport which struggles to gain time in the limelight anyway. File it under “If you were going to create golf from scratch, here’s how you wouldn’t do it…”

It’s not that difficult to see what a World Tour could look like, even though there are inevitable problems with any such arrangement. In fact, it might not look that different in some ways to how golf functions now. From an administrative point-of-view, the European and PGA Tours would not necessarily need to formally merge. The events on the newly formulated tour could be co-sanctioned as the WGCs and majors are now. This innovation might even simplify Ryder Cup qualification, as theoretically there would be no need for the somewhat convoluted existing points system which seeks to ensure that Europe’s top players don’t miss out on the team by virtue of playing most of their golf on the PGA Tour.

There are already times in the golf calendar where attention turns to parts of the world other than the US. The European Tour’s series of events in the Middle East in January would be one example, as would the PGA Tour’s Asian swing. Another natural fit would be a European stretch in the summer taking in the Open Championship, Scottish and Irish Opens, as well some additional national opens in continental Europe. A number of the top American players already participate in several of these tournaments, so, with a little upward adjustment to the prize money on offer for events in Australia and South Africa, for example, a ‘Formula One-style’ tour encompassing every continent except South America would be tantalisingly within reach.

In the parts of the year where the US is the focus, more of Europe’s top players would be freed up to ply their trade stateside than is the case at the moment. In a more radical version of the idea, could the PGL’s franchise concept be adapted – the size of teams would need to notably increase from four – to provide both an individual and collective form of competition, similar to Formula One’s Drivers’ and Constructors’ Championships? The challenge would be to balance innovation with simplicity so that more than just the most hard-core fans could understand the system.

In any case, a truly global tour would mean that some of the current PGA Tour’s less prestigious stops would, at the very least, suffer a downgrade in status. For instance, this year’s Abu Dhabi HSBC Championship on the European Tour was played in the same week as The American Express in California on the PGA Tour. In a World Tour scenario, the latter tournament would either cease to exist, or, perhaps more likely, be converted into an event on a feeder tour to the top table.

The nature of that second-tier tour would be another detail that would need to be thrashed out: Would there effectively be a merger between the Korn Ferry Tour and Challenge Tour to create a global ‘B League’ that would allow direct promotion and relegation to the World Tour, or would the existing tours each be granted a certain number of opportunities for its players to gain status on the World Tour? Given the cost and practicalities of international travel, the latter scenario might be more feasible, although it would generate its own debates over the relative standards of play on each feeder tour and therefore the level of access for each that should be granted to the big time.

A compromise solution might be a combined season-ending tour championship at which the following year’s World Tour cards are handed out. The biggest losers from this shift in the functioning of the golf world might be middle-ranking European Tour players who could potentially find themselves effectively relegated to a feeder tour through no fault of their own. Therefore, some careful thought would need to be given to the prize money, world ranking points and playing opportunities that would be required to make the offer seem reasonable to this group of players.

Despite the advantages that a World Tour could bring to fans, and the seeming necessity to shake up the way golf is run to some degree or other, it is by no means certain that the inertia of the status quo can be overcome in the short term. The tours are run for the benefit of the players, and a change that would lead to the best players – even if that’s a larger number than the PGL’s suggested 48 – being elevated to a higher status than the more run-of-the-mill professionals might not be something that can be sold to a large enough constituency at this point in time. And perhaps the European Tour can tighten its belt sufficiently to survive even in a post-coronavirus world.

However, the European Tour is already perceived, in the words of Rory McIlroy, as a “stepping stone” to the PGA Tour, and that trend might well be accelerated by financial realities in the coming years. Therefore the European Tour will have to decide whether this state of affairs is really preferable to saving face through a World Tour in which it could present itself as a highly valued – if not exactly an equal – partner.

Regardless, it does feel as though momentum is building for some kind of paradigm shift in the golfing world, and the twin threats of the PGL and the coronavirus may well prove to be the catalyst that ushers in golf’s next era.