Skip to content
Editor's Pick
“Dustin Domination” were the words used by Jim Nantz to describe Dustin Johnson’s annihilation of the field in fading light at The Northern Trust Open.  You’ll need to sit down for the next bit….he shot a 60 on Friday and a Sunday 63 and was 30 under par!
Key for DJ was his putting. At the PGA Championship Johnson went back to the TaylorMade Spider Limited Itsy Bitsy putter with which he had won 10 times previously and on Sunday posted 1.611 putts per Greens In Regulation and 1.359 Strokes Gained: Putting with 29 total putts.   For the week he circled five eagles and 23 birdies versus just three bogeys.
Johnson’s brother was actually using the putter in late 2016 when DJ borrowed it off him just minutes before going onto the tee at an event. 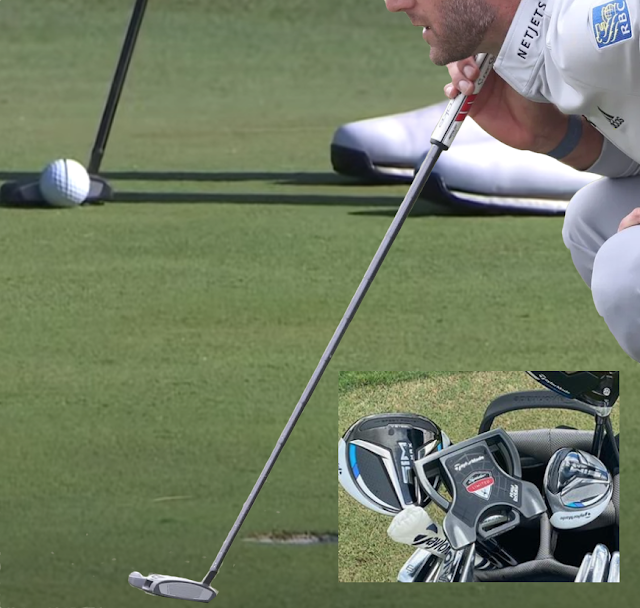 As a spectacle the behind closed doors first event of The Playoffs was an eerily quiet affair,  the only sounds those of jaws dropping as DJ destroyed a normally exciting TPC Boston.  The victory margin was 11 shots from Harris English but it didn’t matter, this was a one man show.
As friend and fellow competitor Kevin Kisner so aptly put it “When he’s on, I just step to the side and try to add on to my bank account.”
DJ was “on” in Boston securing his 22nd PGA Tour win and climbing once again to the top of the World Golf Rankings.

Gaming a TaylorMade SIM driver DJ averaged 320.3 yards from the tee, second in the distance stats,  hitting 38 fairways.  With his TaylorMade P730 DJ Proto irons he hit 65 of 72 greens for the week, including all 18 on Sunday, easily topping the stats and picking up an incredible 18.14 shots on the field tee-to-green.
In the end DJ was just one stroke short of the PGA Tour’s all-time scoring record of 31-under by Ernie Els in 2003 at the Kapalua Plantation Course in Hawaii.

What’s In The Winning Bag