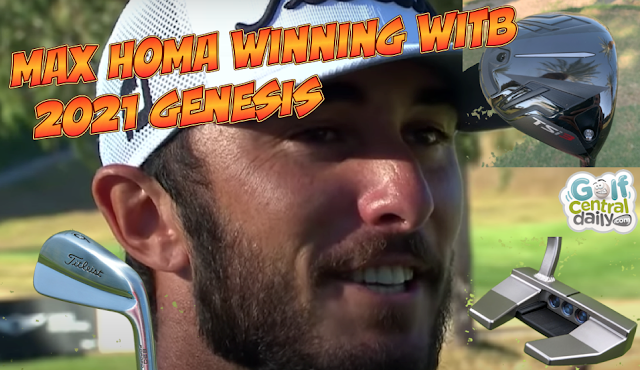 One year on from a distracting fan shout and cruel missed putt on the final green which cost him $300,000, the golfing Gods repaid Max Homa at Riviera, but not before putting him through the mill one more time! 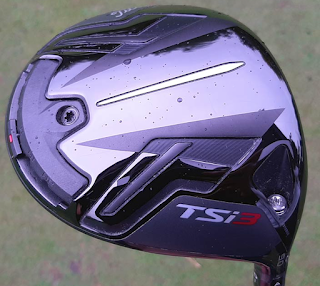 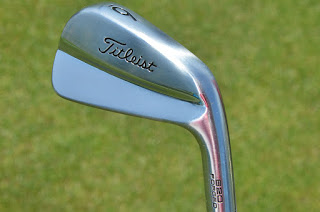 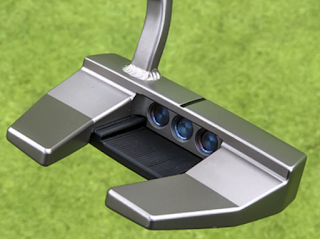 Putter: Scotty Cameron T5W
Ball: Titleist Pro V1
Homa’s win at The Genesis is a local boy done good story even if it came at the expense of Tony Finau, arguably the world’s nicest golfer and the man everyone roots for to win but usually doesn’t. Finau came blazing through the Sunday field with a 64 but such was Homa’s excellence, he still had a birdie putt of 3 feet on the final green to win in regulation. Statisticians calculated the Californian had a 99.57% chance of making the putt, so when he lipped out to trigger a playoff it seemed another heartbreak was on the cards for the 30 year old.
The situation worsened on the first hole of sudden death when Homa found himself snookered against a tree after his drive on the tricky 10th, only to produce an incredible hooded bumping chip to find the green and somehow extend the playoff.
Then when Finau pulled his tee shot on the par-3 14th the doors blew open and when Homa found the green the deal was sealed on his second Tour win.
Max Homa had gone the long way round but he got there! Afterwards he talked about seeing tournament host Tiger Woods that morning but being “too scared to talk to him”.  “Now he’ll have to talk to me!” joked Homa after.

Using his Titleist TSi3 driver the Burbank native hit 32 fairways at tricky Riviera, T3 in the field and averaged 290.1 yards. He posted 1.130 Strokes Gained: Off-the-Tee.
That translated to 45 greens in regulation with his Titleist 620 MB irons including 13 on Sunday for a T5 tournament clip in the stat and final numbers of 1.730 Strokes Gained: Approach and 3.159 Strokes Gained: Tee-to-Green.
With his Scotty Cameron T5W putter the standout UC-Berkeley alumni rolled in five final round birdies to post 1.615 putts per GIR and 0.796 Strokes Gained: Putting with 26 total putts.
He finished the week with two eagles and 17 birdies versus 9 bogeys and with his $1.6 million winners cheque jumps from 91st to a career high 38th in the latest world golf rankings.

Did you miss our previous article…
https://news-golf.com/editors-pick/2021-wgc-workday-concession-betting-preview-and-expert-tips/