Skip to content
Editor's Pick
The golfing world has a new superstar.  He doesn’t hit it miles. He doesn’t take forever to hit the ball. He’s just a nice friendly young guy who happens to be one hell of a great player.  He’s the 2020 PGA Champion Collin Morikawa.
For the whole show that was the 102nd PGA Championship to be staged behind closed doors and yet still retain some of that Major atmosphere was a triumph.  Yes Sunday was without fans but you could still cut the tension in the cool Frisco air with a knife. Would DJ hold on? Could Jason Day rise to the top? Was this finally going to be Paul Casey’s time?
After three days of pummelling the players, course set-up chief Kerry Haigh of the PGA finally gave the players a crumb of comfort with pins they could seek out including on that terrific risk-reward driveable par-4 16th. 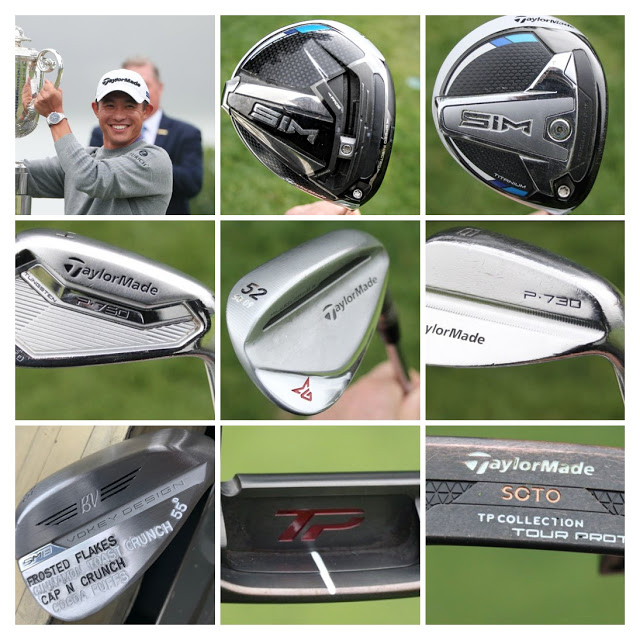 And that proved to be the key moment for Morikawa. Driving that green and rolling in the putt for eagle, he stuck his head over the proverbial parapet and put one hand on the trophy.  In the end the 23 year old signed for a final round of six under 64, besting the old guard of Dustin Johnson and Paul Casey by two.
A word about the crowds.  They were missed. The influence fans have on players, especially on the final day, cannot be underestimated.  The way they elevated a player like Shane Lowry at the 2019 Open on the one hand, versus the way they can equally make a player so nervous they choke on the other.  There was none of that at Harding Park.  And that’s okay. For now.
There wont be any asterix beside Collin Morikawa’s name on the Wannamaker Trophy.  Unless it’s to indicate this kid beat the best in the world doing it all the right way.

Driver: TaylorMade SIM (8 deg at  8.5) with a Mitsubishi Diamana D+ Limited 70 TX shaft.
3-wood: TaylorMade SIM Titanium (15 deg at 13.5) with a  Mitsubishi Diamana D+ Limited 80 TX shaft.
Hybrid: TaylorMade SIM Max Rescue (19 deg) with a Mitsubishi Tensei CK Pro White Hybrid 100 TX shaft.
Irons: TaylorMade P750 (4, 5), TaylorMade P730 (6-PW) with True Temper Dynamic Gold Tour Issue X100 shafts.
Wedges: TaylorMade MG2 (52), Titleist Vokey Design SM8 (56), TaylorMade MG2 Hi-Toe (60) with True Temper Dynamic Gold Tour Issue S400 shafts.
Putter: TaylorMade TP Soto Prototype
Highlights
How He Did It
The PGA Championship was only Collin Morikawa’s second Major appearance and he is now a three time winner from 29 Tour events as amateur and pro.
The Los Angeles is not a big hitter from the tee, averaging 290.1 yards with his TaylorMade SIM driver, but with 39 fairways found, he topped the field in accuracy, gaining 2.383 strokes off-the-tee.  That set up 51 greens in regulation, T7 in the GIR stats, using a combo set of TaylorMade P750 and P730 irons.  On the greens Morikawa was imperious with his TaylorMade TP Soto Prototype.  In total for the week he needed 109 putts ranking No. 1 in Strokes Gained: Putting with 8.076 and 2.437 in the final round.  He went  a cumulative -2, -4, -7 on the par 3’s, 4’s, 5’s with a final tally of one eagle and 18 birdies against just seven bogeys.  Morikawa jumps from 12th to fifth in the latest World Golf Rankings as his meteoric rise to fame continues.