Skip to content
Editor's Pick
Personally I've always loved Pat Perez. He doesn't give a flying monkeys what anyone else says or thinks, he has some talent and he's done the very best he could with it.
Speaking recently to Claude Harmon on the Son of a Butch podcast, Double P said he still HATES Phil Mickelson but since joining him on the LIV Tour it's “different hate” to before. 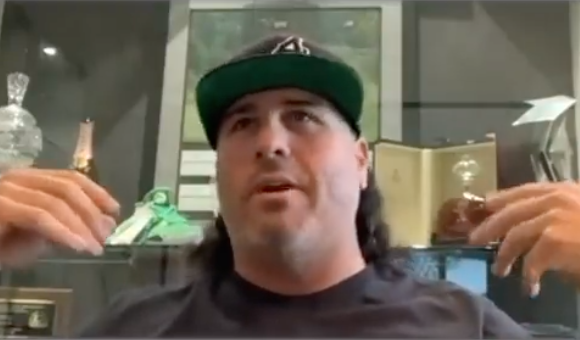 Perez, like every other player in the PGA Tour locker room back in the day thought Phil was a complete dick but when he cherry picked the big names “behind everyone's back” and tried to lure them to LIV to get himself a “big golden paycheque” that really pissed him off.
Brutally honest stuff from Pat who you must remember has won $8 million from LIV this year alone even though he has played, for the most part, pretty shit.
“When it comes to Phil, I have a different hate for Phil than most people. People won't know the story, I'm not going to go into the story again, but Phil crossed the line with me that is just uncrossable and unforgivable.
“He knows that he screwed up. He apologised for the accident, but I cannot forgive him for it because I've known Phil for a long, long time. I've known the guy forever.”
Perez had told Colt Knost in a podcast what exactly Phil did to make him hate him so much, “the accident” as he called it, but in the editing Knost cut it out, probably fearful of rocking the boat.
Despite the hate Perez agrees that PGA Tour are a bunch of greedy buggers and have been fooling everyone with their holier than thou “non profit” look.

Game always recognizes game! Pat Perez doing what he always does….keeping it real. This is a good one! ✅ out the full episode https://t.co/l7XHSe31Z4 pic.twitter.com/PMjSJQTTmA

“Phil is 100% correct in the fact that the way the Tour is the way they are. They are for themselves, they are not for the players. They are not for growing anybody else except their own pockets. They all call themselves a non-profit (organisation) yet all they have is profit, so how does that work? The thing about what I was saying is Phil, yeah, Phil almost ruined the thing completely because of his comments about the deal. Then guys got scared and were like ‘well this isn't going to work now, Phil's obviously turned, he's saying this and this'. It couldn't have been worse timing for the LIV group in that deal.”
So why did Perez get a LIV contract if he hated Phil so much?
“Phil and I had a little talk, funnily enough, the week before that all happened. Before all those comments came out, right after I did the podcast with Colt was when I think Phil was starting to get word on things that I knew.”
Oh dear that sounds very much very much like Phil letting Pat have some LIV money in exchange for Pat not airing Lefty's filthy laundry in public!!
Here's the link to the pod on spotify.

Did you miss our previous article…
https://news-golf.com/editors-pick/odds-rising-that-tiger-will-play-the-hero-world-challenge/