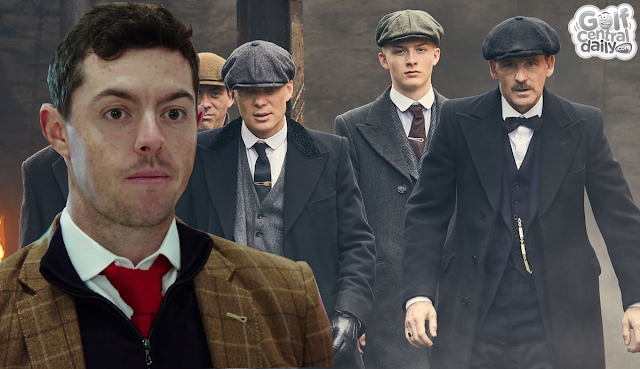 In his first speech after being elected Chairman of the PGA Tour‘s player advisory council, Rory McIlroy announced an immediate end to bullshit.
“Okay the first guy I see with a piss poor mask slipping under his nose every five seconds gets it……is that bloody well understood?” McIlroy told a gathering of PGA Tour players and officials at Riviera.
“Second nobody is touch their ball until a God damn referee arrives, except me…..is that clear?”
“Third, I’m introducing a new rule into the book.  Rule 19 dash God damn 23 and it states ‘Because I said so.’  So if any of you entitled pricks even think of cheating out on the golf course while I’m in charge don’t even dare as Rule 19-23 applies because I said so.
“Fourth, next God damn person to blankly say shit like ‘I appreciate you’ or ‘we’re excited about this week’ gets a slap.”
“Now where’s Lashley?  Lashley get yourself in your car and don’t effing well stop until you reach Pebble Beach.  When you get there get down on your knees and fix that hole you made in their green and while you’re down there beg forgiveness that they ever let you set foot on their property again.”
“What are all looking at?” McIlory concluded. “Get bloody well working.  And Kuchar….wipe that stupid smirk off your face.”

Did you miss our previous article…
https://news-golf.com/editors-pick/creepy-video-rudi-giuliani-tells-a-funny-story-about-looking-at-michelle-wies-underwear/