Skip to content
Editor's Pick
The Red Ant Union of America have apologised profusely for being attracted as hell to Bryson DeChambeau's shoes at the WGC St Jude Classic.
The ants were so magnetically drawn to his fiery looking loafers that the beefy young American became very distracted and demanded a free drop. 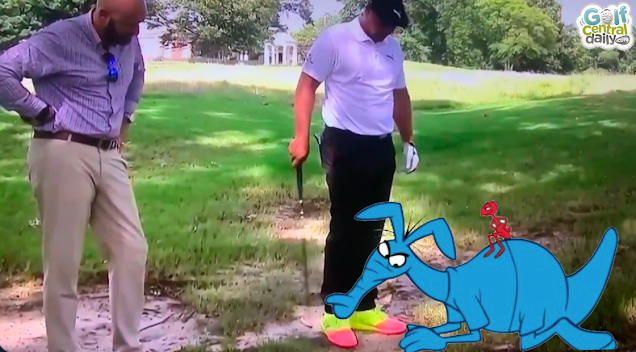 Cries of unsportsmanlike conduct from the public were strongly refuted by Chief Red Ant Terry Thorax. “Hey Bryson was 100% right to look for a free drop,” he said.  “My guys thought they had discovered the holy grail, a flaming yellow electrical junction box drizzled with honey and they were willing to die to get in there.  How were we to know they were just a pair shoes? They looked fucking ridiculous? The whole thing has been taken totally out of context and he totally innocent.”
Here's the moment it happened.

Bryson wants a drop because of a red ant

He is the worst pic.twitter.com/lRd2j44xMn

More as it emerges.