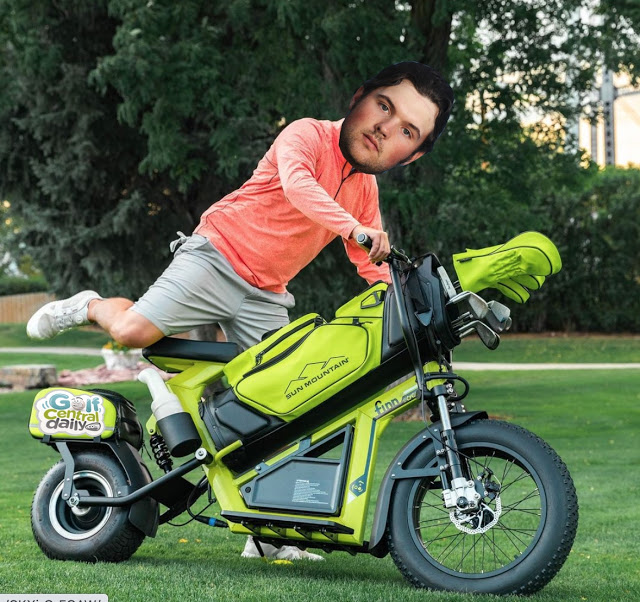 One day after announcing that Rangefinders will be allowed to be used in this year’s PGA Championship the PGA Of America have now also sanctioned the use of motorbikes.
Here’s the statement
PGA OF AMERICA TO ALLOW FOR USE OF MOTORBIKES DURING ITS MAJOR CHAMPIONSHIPS, BEGINNING IN 2021
PALM BEACH GARDENS, Fla. (February 10, 2021) – The PGA of America today announced that, beginning in 2021, the use of motorbikes and scooters to carry golf clubs will be allowed during competition rounds at its three annual Major Championships: the PGA Championship, KPMG Women’s PGA Championship and KitchenAid Senior PGA Championship.
“We’re always interested in methods that may help to get rid of caddies during our Championships,” said Jim Richerson, President of the PGA of America. “Some of our top players are absolute pricks and can’t get on with other humans, especially caddies, so this is a great solution. The use of motorbikes is already common within the game and is now a part of the Rules of Golf.  As long as they stay under 100 miles per hour and out of the bunkers this will be good for our game.”
With this announcement, the motorbikes used by players in PGA of America Championships will need to conform to the Rules of Golf regarding their use and performance:
Rule 4.3a (1)
Motorcycle Golf Information.
●      Allowed: Getting from A to B as fast as possible within the 100mph limit.
●      Not Allowed: Revving engine during playing partners shot.  Anything electric, good ‘ole gasoline only.  Wheelie’s across greens.
This policy will debut with the 2021 PGA Championship, which will be played at The Ocean Course in Kiawah Island, South Carolina, from May 17-23. The PGA Championship perennially features the strongest field in golf based on the Official World Golf Rankings.

Did you miss our previous article…
https://news-golf.com/editors-pick/witb-daniel-berger-winning-irons-are-10-years-old/