Skip to content
Editor's Pick
PGA Tour Justin Thomas is once again a free man today after Donald Trump issued him a Presidential Pardon as one of his last acts in office.
The 27 year old was arrested charged and jailed last weekend when microphones picked up the golfer calling himself “a faggot” after missing an easy putt at the Sentry Tournament of Champions in Hawaii. 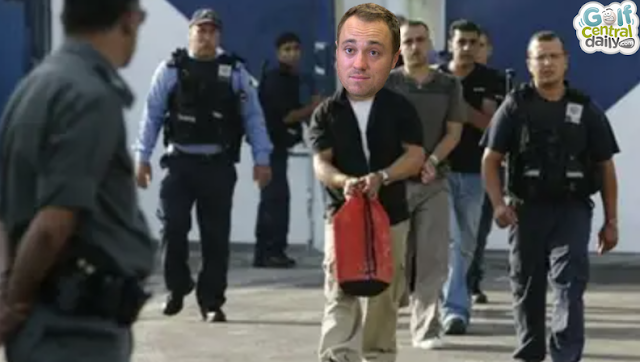 Thomas had spent the last seven days as inmate 98764764 in the Federal Detention Center in Honolulu.
In issuing the Presidential Pardon to Thomas, Donald Trump said “To be fair it was a very makable putt, I would never miss that putt, never, I have never missed inside 20 feet you know.”
The President continued.
“I saw the incident. It looked like the voice came from the crowd. And a lot of people are saying that a lot of Antifa people, very bad people, evil people, attended that golf tournament.”
Thomas is now sheltering from angry Gay Rights Movement activists in the only place in the world where’s he’s pretty much safe from them, Abu Dhabi.
More as it emerges.
#Parody #Satire