Skip to content
Editor's Pick
There’s no way the US Open could be much better than this!  It was clear from when players started arriving at Olympia Fields for the BMW Championship on Monday that this course was an entirely different plane of difficulty to anything they’ve faced this year.  Where 30 under was winning a couple of weeks ago, level par wouldn’t be far off at this place. 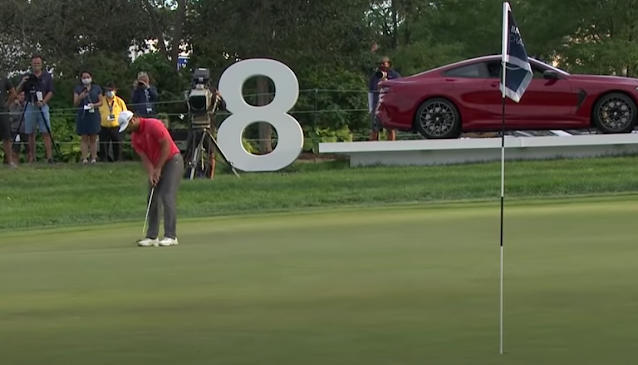 And so it proved.  The ball striker Rory McIlroy featured early, Dustin Johnson then looked to have it in his grasp, only for the force of nature that is Jon Rahm (to recover from a penalty in round three and) to shoot 64 on Sunday to post four under in the clubhouse. That left DJ needing to hole an impossible downhill sliding putt on the 72 hole to force a playoff……. which of course he did. These guys are good remember!
But if Olympia Fields was the star of the show, you just knew it was going to offer up something extra special and so it proved with Rahm draining a fist pumping 66.5 foot birdie putt on the first hole of sudden death to take DJ down.
The Spanish sensation now has two wins this season (The Memorial) and five PGA Tour wins in total from 89 starts. Rahm now ‘starts’ this week’s Tour Championship at East Lake on 8 under par, two strokes back of the Fed Ex Cup leader Dustin Johnson.

Using his TaylorMade SIM driver Rahm hit 31 fairways for the week, T13 in the field rankings and averaged 331.1 yds.  That set up a clip of 51 greens in regulation, T2 in the stats with his TaylorMade P750 irons and included 17 greens in regulation Sunday, gaining 4.683 strokes tee-to-green.  Rahm’s TaylorMade Spider X Chalk putter proved the magic wand in the final round with 28 total putts gaining  1.636 Strokes on-the-green and holing from 66.5 feet in extra time.  For the week Rahm circled 14 birdies versus 10 bogeys.