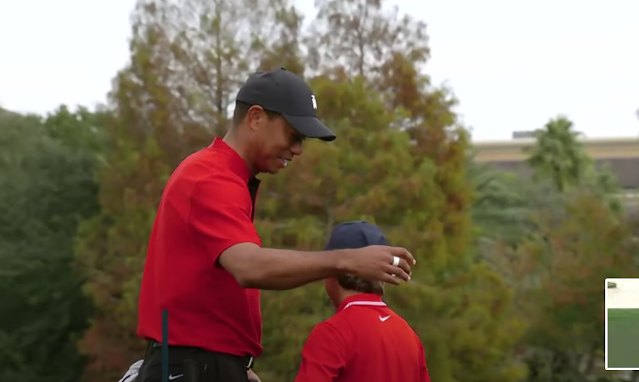 A Dad who has spent the last two years roaring abuse at his son during football matches has admitted to “feeling like an absolutely shit parent” this morning after watching Tiger Woods calmly and lovingly  encourage, whilst treating as an equal, his 11 year old son Charlie during the PNC tournament over the weekend.
Paddy McWilliams, father of 10 year old Paddy Jr said  “I thought the only way to lovingly encourage my son was to stand on the sideline at his matches and scream abuse like ‘just kick the fucking thing for Jesus sakes’ or ‘why in the name of the Lord did you drop it?’ but after watching Tiger Woods I’m thinking I could be doing it all wrong.”
“My father always taught me the threat of a good slap works, but what if there’s another way?”
Irish Parenting group CATE (Clip Across The Ear) believe however that McWilliams is being a bit hard on himself. “Look, Irish boys are not like American young lads,” explained chairman Derek Toolan. “We have a different climate in Ireland, it rains more, which means our lads need a lot more negative reinforcement to get the best out of them.”
More as it emerges

Did you miss our previous article…
https://news-golf.com/editors-pick/conor-sketches-doing-poults-golf-channel-shuts-down-studios-in-orlando/