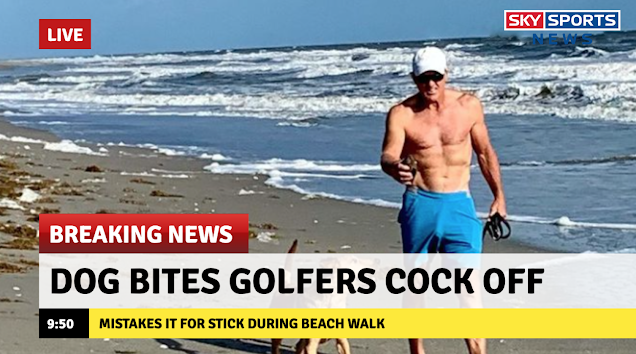 Little did he know at the time but this picture of Greg Norman and his dog “Psycho” was taken shortly before the horrific severed cock accident at the beach this morning.  The 65 year old was initially rushed to the local hospital before being transferred onwards to a specialised equine hospital believed to better equipped to handle the emergency surgery required.
In total Norman received 1,325 stitches as vets specialising in horse surgery battled to reattach his member which was picked up by a witness.
“It was just lying there covered in sand as they put Norman into the ambulance,” said the witness. “It took two of us to lift it.”
It’s believed another dog walker on the beach at the time of the incident may have yelled “fetch” triggering Psycho to lunge viciously for what he mistakingly thought was a large stick in Norman’s shorts, according to the Veterinarians. Sadly the 5 year old Norman pet had to be put down shortly after.
“We initially thought the dog would pull through but then it just started choking for no apparent reason,” the head Vet said. “We couldn’t save it.”
More as it emerges. 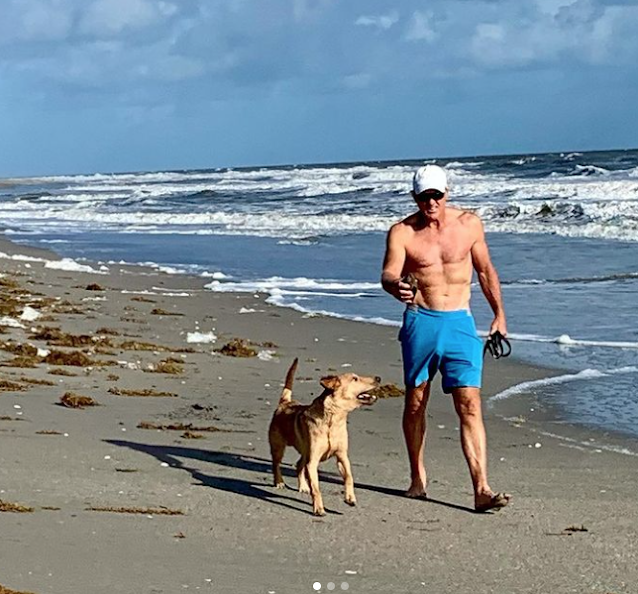 Did you miss our previous article…
https://news-golf.com/editors-pick/wilco-nienabers-439-yard-drive-with-ping-g425-driver-wouldve-won-the-world-long-drive-by-24-yards/