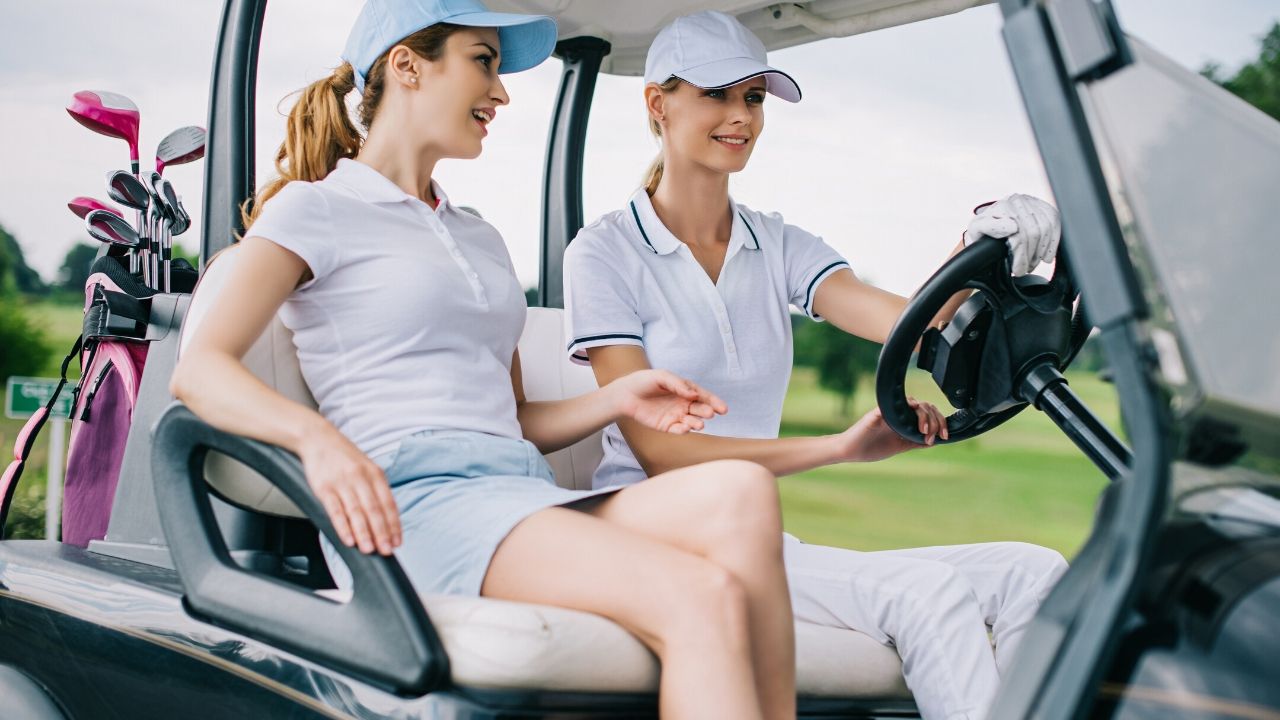 Annika Sorenstam plays nine holes with her family of four at least once a week. The number of holes 11-year-old Ava actually plays varies. Sorenstam, Ava’s partner in these outings, doesn’t push. She might instead ask Ava how many cartwheels she can do down the fairway or how many bunnies and lizards she can spot.

Son Will, on the other hand, takes the game seriously, practicing every day and using part of his lunch break during virtual school to play the 16th hole at Lake Nona.

“I can watch him from my office window,” said Annika, as she turned to look in that direction during a recent Zoom call.

Will, 9, knows his mom ranks among the greatest female athletes in any sport because he’s read about her in books and peppers her with questions. Like his mother, he is obsessed with stats.

“Mom, what’s the longest drive you ever hit?”

“What’s the toughest bunker shot you ever hit?”

“Have you missed short putts?”

Sorenstam turns 50 on Oct. 9, and these precious, everyday moments are a big reason she walked away from full-time competitive golf nearly a dozen years ago. Listening to Sorenstam talk about the life she has built with husband Mike McGee, there’s a sense of gratitude and fullness and not one hint of regret.

“I don’t take things for granted anymore,” said Sorenstam. “Mike and I, we live in the moment.”

Sorenstam retired from the LPGA after the 2008 season with 72 LPGA titles and 10 major championships. The eight-time LPGA Player of the Year remains the only woman in history to shoot 59, and she took her fame to another level at Colonial when she became the first woman to compete on the PGA Tour since 1945.

Now that she’s 50, Sorenstam is eligible for next summer’s U.S. Senior Women’s Open at Brooklawn Country Club in Fairfield, Connecticut. Laura Davies and Helen Alfredsson won the first two editions. While Sorenstam didn’t commit to competing in 2021, she did say that she has looked at next year’s schedule.

The woman who took fitness on the LPGA to a new level still keeps in good shape (run, bike, swim), but she’s not in competitive golf shape. Not six days in a row kind of ready. She’d need to play in some warm-up events, perhaps on the Legends Tour.

“You know how I am,” she said, “once I make a decision, I will put all the pieces together.”

When asked if she’d consider teeing it up in an LPGA event to get ready, Sorenstam noted that many of the players are half her age now – or even younger.

Anne van Dam, a rising talent in her second year on the LPGA, spent quite a bit of time around Sorenstam and her family during the LPGA’s break from competition. She’d gone over to the house to play volleyball on one occasion when it was driving rain.

“We waited for like five minutes as it poured and she goes, should we