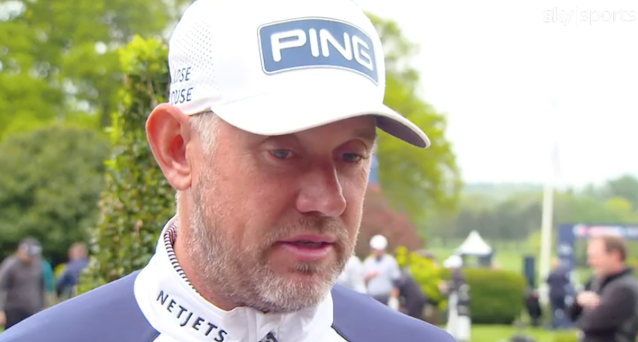 The new LIV Golf Saudi league, no matter how controversial, are getting their way.  Because MONEY talks.
Their plan all along was to press ahead with their first few events and offer huge prize money to whoever showed up. They were and are prepared to hand out silly money, millions of dollars, to the World Number 500 if they have to, because it's all part of the plan.
Put yourself in the World Number 500's shoes, maybe staying in a smelly B&B at a venue, breaking his bollix to make a living at events he might or might not get an entry to…..and next thing is invited to play for millions against other journeymen…..of course his ears are going to prick up and want a piece of it.
And that then creates jealousy from the next tier of players….'why should those average guys be earning tonnes of cash while we scramble around trying to make cuts on the European and PGA Tour?'
Lee Westwood said as much the other day.  He has officially requested to play in the LIV event in England next month and makes the point that the Saudis are not the inhumane killers everybody thinks and we already have loads of ties of them.
“We've played European Tour in Saudi Arabia and I've had releases from the PGA Tour to say I can play in Saudi Arabia, so it has been no problem to them in previous years,” Westwood said at the British Masters.  “Formula One raced there. Newcastle United are owned partly by people from Saudi Arabia. There has been boxing there and I think there has been snooker and darts there as well.”
Publicly, Westwood joins Matthew Southgate and Richard Bland as seeing merit or interest in playing in Centurion joining Phil Mickelson and Robert Garrigus from the US interested in being part of the 48 man field. Privately, still under the parapet, there are many more.
Golf journalist Eamon Lynch was on the Golf Channel the other day and tore strips off Westwood for his comments and accused him of a phrase I've not heard before….”sports washing”.
“When he says Formula One and Premier League soccer have taken the money, that's sports washing in evidence right there. That's the point of sports washing, so that the next guy they try to buy off to pay for his conscience will say, ‘well somebody else has taken the money so why shouldn't I?'
On the subject of Lee acknowledging that the Saudi now they have ‘issues' Lynch pulls no punches.
“Well perhaps one way Lee Westwood could help his buddies improve is telling them not to execute 81 people in one day, stop firing missiles at civilians in Yemen, but Lee Westwood wants to take a cheque to play a golf tournament, and then say he's somehow contributing to the improvement of the lives of people in Saudi Arabia, which it's not.”
“He's right, every other county has issues too, but they're not all trying to use golf to distract from those issues.”
More on this coming soon.

Did you miss our previous article…
https://news-golf.com/editors-pick/speedgolf-rob-set-to-fly-around-at-new-zealand-open/