Skip to content
Editor's Pick
On a positive note it was great to see Jack Nicklaus hail and hearty at The Memorial, but the already weird and eerie no-crowd vibe of the event took another turn at the end when runaway winner Jon Rahm was hit with a two shot penalty for what was deemed a moving ball before a chip in on 16. 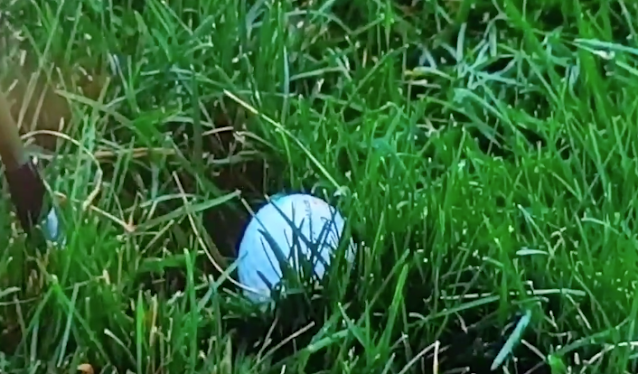 This shows the incident.

Rahm had found himself shortsided badly in thick rough at the par-3 16th.  A super close up of his wedge showed the ball moved a fraction. He then chipped in for birdie.
“I didn’t see it (at the time),” Rahm said after reviewing the footage. “You know, I promised open honestly and I’m a loyal person and I don’t want to win by cheating. … The ball did move. It’s as simple as that.”
As you can see in the video Rahm still had no idea about the penalty during his post-round interview with Amanda Balionis and perhaps it was lucky that he was told prior to signing his card in the scoring area. Slugger White then showed the replay to Rahm and he accepted the penalty….and I'm guessing here…..probably…..no definitely.. because it didn't influence the outcome.
But if it had, wouldn't we be back to the way we were in the ultra magnified high definition situation the Tour so desperately tried to get away from a few years ago?
In the end Rahm got his win and his fist bumped by Jack, and all was right with the world in Ultra 4K HD.